Cryptocurrency investors can easily make a mistake by not storing their assets in the right place. Here are some of the best options for safely holding your coins, as well as mobile wallets to use them on-the-go! 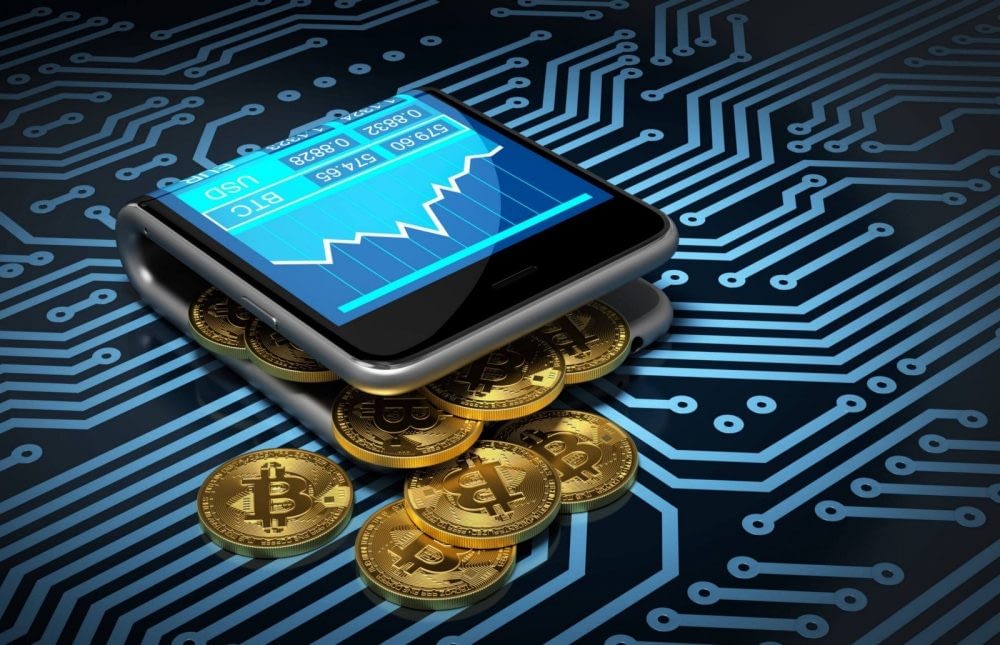 The altcoin market is growing right now, with a slew of currencies from all of the major crypto movements, including the NFT projects, DeFi, metaverse, and more. If you’re just starting started with cryptocurrency, don’t panic; you’re still in the early stages, and there are still lots of chances to be gained.

However, before you can start investing in and trading altcoins, you’ll need a wallet for them – one that keeps your currencies secure and accessible whenever you need them.

Also, although diversifying your portfolio is generally a smart idea, having several wallets for various currencies is too difficult and frequently rather restricting. As a consequence, we suggest looking for an altcoin wallet that can handle a large number of cryptos – as many as feasible.

As a result, you’ll need a wallet to store your altcoins, and you’ll want to be sure it can hold as many as possible. Last but not least, the wallet should be as user-friendly as possible, considering that you are still new to cryptocurrency and have lots of difficult stuff to understand. Having stated that, you should aim to prevent difficulties as much as possible.

Fortunately, we have a list of many wallets that suit this criteria, so if you want to know which ones are the greatest, look no further.

Should you use a crypto wallet that is both custodial and non-custodial?

Before we get started on our list, we need to decide whether to use a custodial or non-custodial wallet. Custodial wallets vary from other types of wallets in that they are centralized, or hosted, and managed by third parties. Non-custodial ones, on the other hand, are yours to handle and you have complete authority over them. You’re also the only one with that level of power.

The answer is simple: if you’re new, you’ll need some assistance to get started. You see, it’s quite simple to make a mistake with cryptocurrencies and non-custodial wallets that might lose you all of your money.

With that out of the way, here are our current recommendations for the best custodial wallets for your first cryptocurrency.

Cobo Wallet is the first on the list, claiming to be able to “grow and secure” all users’ crypto holdings. The wallet has multi-signature, as well as all of the other features you’d expect from a safe and secure solution. Similar to two-factor authentication.

At the time of writing, it supports up to 30 currencies and over 500 tokens. Overall, Cobo is a fairly unusual wallet, particularly since it is the first wallet to offer pooled staking for numerous projects in the globe. This isn’t something that draws new crypto users in, but it’s something to keep in mind in case you decide to test that side of the market as well.

However, one thing to bear in mind with Cobo is that it has been rumored to have a lot of troubles with Tron. There have reportedly been many instances of Cobo blocking TRX users, particularly those with less than $30 in the currency. They were not permitted to remove their digital assets. This resulted in a number of complaints, so if you’re looking to store and handle Tron’s TRX token, you may want to pass on this one.

The next wallet on our list is Freewallet, which is really a family of wallets that was launched in 2016, five years ago. In only two years, the firm rose to become the world’s third most popular wallet service. Of course, it faced a lot of suspicion from some people of the crypto industry, who were keeping a tight watch on it, waiting for it to make a mistake, just like most custodial wallets.

As a result, its reputation has fluctuated dramatically over time. Despite this, because to its features and advantages, it has managed to retain a sizable and dedicated following. After all, the wallet is designed with security in mind, with features like two-factor authentication, biometric logins, and PIN code locks. It also helped that it supports over 100 currencies and tokens, as well as having a built-in exchange and cold storage, which guarantees that users’ tokens and coins are as secure as possible and are not at risk of being hacked.

However, some customers despise it for a variety of reasons, including the fact that Bitcoin is more costly when purchased via Freewallet’s service. It typically costs around 0.5 percent more than the industry’s average price, which may add up to a significant amount of money, particularly in 2021, when the coin’s price was on the verge of reaching $70,000.

On the other side, the initiative provides free transactions within its own ecosystem, which lowers transaction costs, so everything works out in the end.

As previously said, folks with some knowledge with crypto would normally avoid utilizing hosted wallets since their private keys are held by a third party. However, if you are a novice user who may benefit from any assistance, this is an excellent option.

CoinSpot – a hosted multicoin wallet built by the CoinSpot exchange, which is well-known for being a member of the Australian Digital Commerce Association — is ranked third. Its wallet supports over 50 cryptocurrencies, allows transactions in Australian dollars, which is handy for its Australian customers, and has built-in trading tools, allowing you to trade right from the wallet.

However, like with all the others, there are a few drawbacks to be aware of, including the absence of multi-signature, as well as very expensive exchange rates that are substantially more than the project’s modest cost of 1%, unless Bitcoin and Ethereum are involved. In other words, the market circumstances seem to favor BTC and ETH transactions while inhibiting all others.

So, if you’re an Australian user looking to trade BTC and ETH, this wallet could appeal to you, but most others will find the negatives to be a deal-breaker.

MetaMask is nearing the end of our list. This is currently one of the most well-known wallets in the world, and it is often used for Ethereum and other coins based on the Ethereum network. The wallet is compatible with Ethereum’s whole blockchain and ecosystem. Users may use it to transmit, receive, and store assets like as ETH, as well as any ERC-20 token and stablecoins such as USDT and USDC.

The wallet is so focused on Ethereum that its whole aim is to make Ethereum as simple to use as possible for as many users as possible, and it has done a terrific job thus far. It is compatible with three main browsers, provides for simple connections with Ledger devices, and is regarded secure since no examples of hacking or theft have ever been reported.

However, when it comes to phishing assaults, the same cannot be stated, and since MetaMask is an online wallet, it is always vulnerable to hackers and fraudsters. Furthermore, being a browser-based wallet, it is unlikely to be the first pick for individuals worried about browsers gathering and keeping their personal information.

Finally, there’s Holy Transaction, a web-only wallet created exclusively for those who are new to cryptocurrency. In fact, if you’re not fond of technology but still need or want to get into cryptocurrency, this is the wallet for you.

It is pretty secure in terms of advantages, and it has a two-factor authentication. Furthermore, it supports 11 networks, including popular ones like Bitcoin, Dogecoin, Tether, Litecoin, and others. However, customers have complained that it lacks multi-signature capabilities and does not provide exchange services to users in the United States. Furthermore, it has been chastised for failing to include several significant currencies, like as XMR.

Overall, the wallet is not awful, but it still has to improve in order to meet the demands and requirements of its users.

The crypto realm is vast and full with possibilities. Furthermore, it is continually evolving and expanding, with new sectors emerging each year, bringing new goods and services, as well as new prospects for development and improvement. However, in order to participate in the activity, one must have a sophisticated cryptocurrency wallet that is also simple to use and contains as many assets as feasible. If you’re searching for a custodial app, this list of suggested wallets should be of assistance, so have a look at them.

The “coinbase non custodial wallet” is a type of wallet that does not require the user to trust Coinbase. These wallets are typically used for beginners who want to store their first altcoins.

What is the best wallet for Altcoins?

A: The best wallet for Altcoins is a hardware wallet. They are the safest and most secure type of wallets available because they do not house any sensitive information or private keys on your computers hard drive, which makes them much more difficult to hack into than software wallets like Electrum.

Which cold wallet supports the most coins?

A: Ledger Nano S supports the most coins in their cold wallet.

Which crypto wallet supports the most coins?